BMW in Snow: How Good Is It?

You are here:
BMW 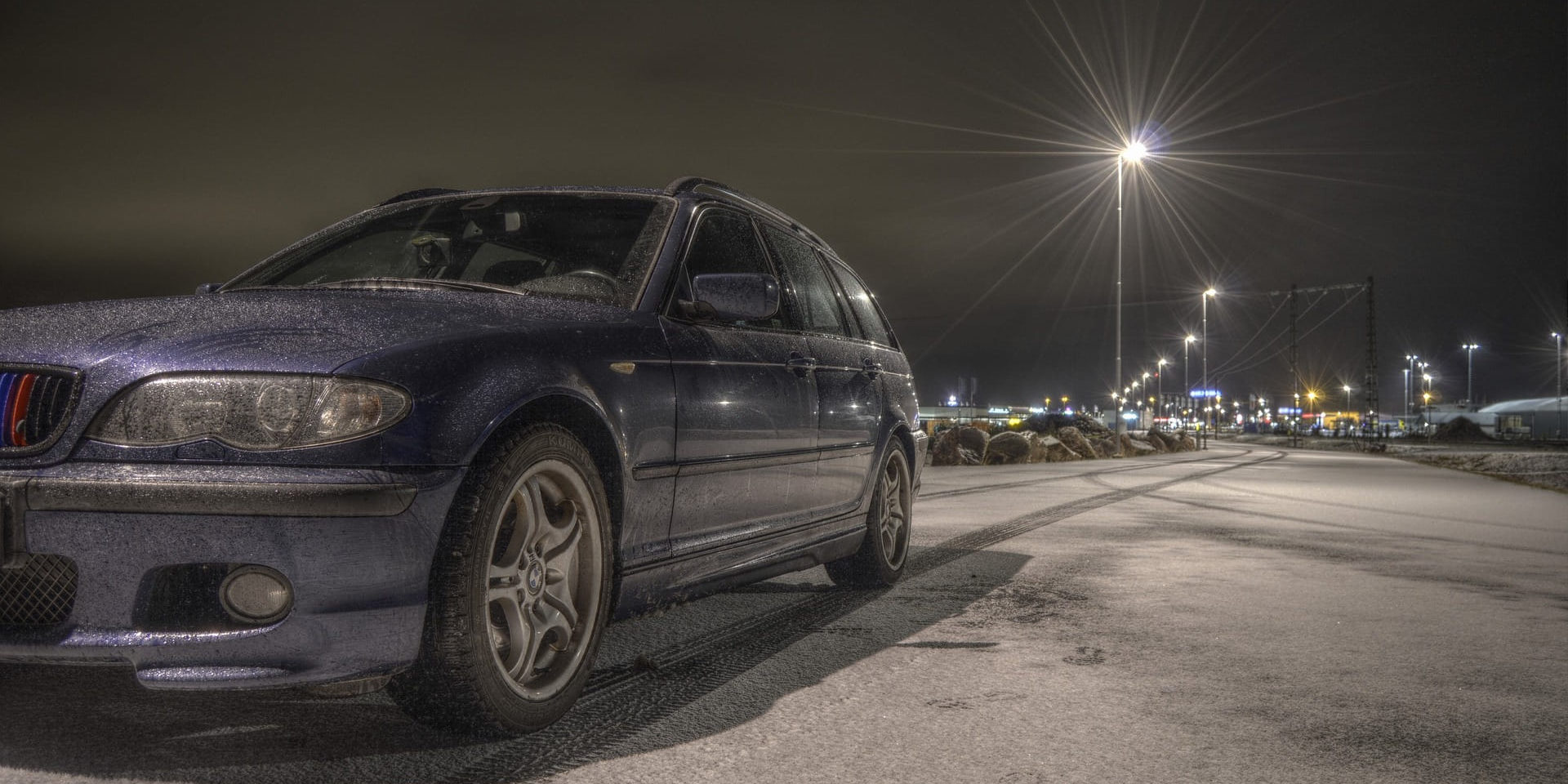 Even the most seasoned driver in the world can have quite a frightening experience in snowy conditions. Being a great driver in dry-road conditions doesn’t automatically make you an excellent driver on the slick, snowy roads that lay ahead.

Are BMWs good, bad, or even reliable to drive in the snow? The # 1 element that matters most when dealing with snow/ice is TIRES. It doesn’t matter which vehicle you have; it will perform poorly in snowy winter conditions with bald tires.

A good set of winter tires will propel your BMW into the upper echelon of vehicles that can handle the snow with ease — especially if you have one with xDrive AWD system.

Want to know what else affects BMWs winter performance? Let’s discuss a few.

Let’s break down the different aspects that play a role in how your vehicle handles the winter elements.

Bald tires make for bad traction no matter what vehicle you drive, and BMWs are no exception to that rule. You need to have tread if you want traction; that’s why it’s the number one rule if you wish to have your BMW performing at the top level in the snow.

Remember, this is all dependent on where you live– I know it seems like a no brainer 🙂 Some U.S. States can see snow from October ’til April. If that’s your State, then the winter tires need to stay on longer.

As winter approaches, the temperature outside gets colder. This weather change causes summer/performance tires to get stiffer, giving you less traction.

Materials used for tires have advanced significantly to the point that you can purchase an all-season tire and still get adequate performance in both dry and wintry conditions.

The rubber used in all-season tires is a unique material that helps the tire stay softer in the winter but hard enough in the summer.

Think of all-season tires as good enough to get the job done adequately but not well enough to be top tier.

The best time to swap out tires is BEFORE the snow starts falling.

If you’ve never driven on snow-covered roads, it’s going to be a challenge until you get used to it. How a BMW handles the snow is primarily up to the driver and his winter driving experience.

The key to remember is, don’t be overconfident! Slick, icy roads can make the best driver look foolish. It’s best to be cautious when driving on a street with a nice glaze of ice. It doesn’t matter if you own an old RWD sports car or a BMW with the xDrive AWD system; performance on ice is tough to navigate.

The best drivers can handle even the most subpar vehicle in the snow, which is true the other way. The worst drivers can make even an Audi (Quattro) look bad.

Practicing in the snowy elements will “usually” make you better at driving on snow-filled streets. I said “usually” because some people are bad drivers to their core and don’t learn from their bad habits.

Remember driving in the snow is a skill obtained only with a lot of practice.

BMW was only releasing rear-wheel drive and all-wheel drive vehicles until recently. Newer models are starting to come with an FWD option.

Since BMW mainly has RWD and AWD models, we’ll be focusing on those.

Just because you have a rear-wheel-drive BMW doesn’t mean you need to get rid of it if you live in the northern U.S. A good set of winter tires and loading the trunk with extra weight will help, and it will add traction and make driving less risky in the snow.

Both FWD and RWD BMWs perform fine in the winter, given you have the right tires.

However, if you have the BMWs xDrive AWD system, you’ll be able to handle winter snow with no problem!

All-wheel Drive gives power to all four wheels, which aids in traction; this is perfect for inclement weather conditions such as snow/ice.

xDrive is BMW’s AWD system, and it’s gone through much refinement since the early 2000s when it first was released.

Snow tires or, at the very least great all-season tires are a must; however, having the xDrive AWD system can help plow through heavy snowy streets.

Lastly, how high your vehicle is off the ground factors into snowy driving as well.

The greater the clearance, the better chance it won’t get hung up in high snow. Having a low-riding BMW is cool looking, but it doesn’t add much to winter driving; it will only hurt it.

BMW SUVs seem to be the way to go if you want the best winter driving Bimmer you can buy. It’s just the simple fact, vehicle clearance matters when it comes to DEEP snow.

How to drive in the snow?

Safe driving in the snow starts with being calm and under control. Be as smooth as possible while guiding the wheel, throttle, and brakes. Uncontrolled movements with the controls quickly unstick the tires’ precious grip with the slick roadway, so every turn of the steering wheel, push of the brake pedal, and accelerator motion needs to be purposeful, moderate, and steady.

Can snow damage your car?

The wiper system seems to be one of the most sensitive parts of your vehicle when it comes to snow and ice. When snow isn’t cleared off, it can slide forward when braking causing heavy wet snow to impact the wipers when they are in use, creating excessive load on the motor and arm itself. The result is potentially an overheated wiper motor, mangled blades/arms, and broken linkage. The same can happen to your rear wipers as well if you have that feature.

Also, another common tactic people do when first getting in their vehicle after it has snowed is using their wipers to push off the snow. It’s a bad idea as the weight of the snow or, worse yet, frozen down wipers can break under pressure.

The moral of the story, clear off the snow before you leave your driveway.

Does Uber/Lyft drive in snow?

Even though a BMW can handle snow very well, especially if it’s an xDrive, you might be very tentative about driving in it. Another common question asked is, “Does Uber or Lyft pick up in the snow?”. Yes, they do. But expect to spend quite a bit more when there is heavy snowfall. Depending on how bad the weather is, you might pay 5x the regular rate.

When driving in snowy conditions, what should you do?